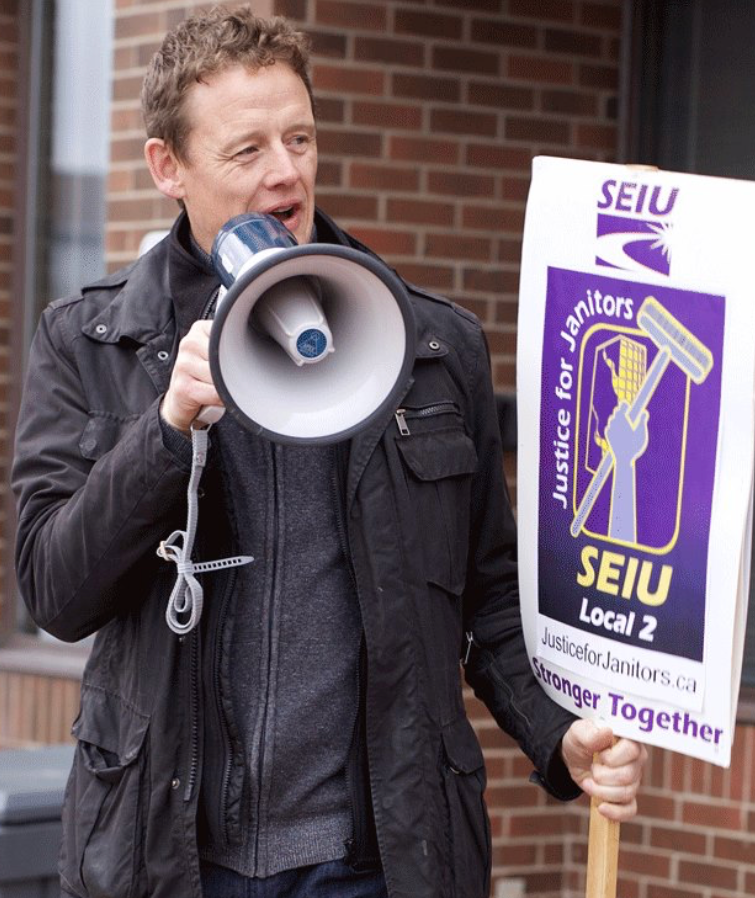 Joel Harden is an educator, a community organizer, a writer, and a father of two young children. He is a proud Ottawa Centre resident who has spent a lifetime advocating for social and environmental justice.
​
In his previous work at the Canadian Labour Congress (CLC), Joel designed the campaign that won an expansion of the Canada Pension Plan. In 2012, Joel left the CLC to write a book on grassroots social movements, and teach in the Department of Law and Legal Studies at Carleton University. He was recently part of the successful campaign against the Energy East pipeline.

Joel has served as President of the Colonel By Child Care Centre and currently works as the National Researcher for the Canadian Federation of Students. He holds a Ph.D. in Political Science from York University.

For fun, Joel has run drama camps for kids in Ottawa Centre. He is also a local amateur endurance athlete (cross country skiing, cycling and swimming).

Photos: hundreds show up at US Embassy anti-racism rally

Hundreds of people in Ottawa rallied at the US Embassy Wednesday, in an anti-racism protest held in response to the white supremacy and racism seen in Charlottesville, Virginia last week. The Ottawa rally was peaceful and lasted just over an hour.

Do you like this page?
Tweet
I Support The Moving Ontarians Safely Act I Support Local Ice Cream Shops in Ontario