If recent events tell us anything, it is this: we live in an age of climate emergency, and piecemeal reform won’t help us ensure a sustainable future.

Three days after our city declared a climate emergency, historic floods ruined homes across Ontario, notably in the Ottawa area, and folks boldly rose to the challenge.

Over 14,000 volunteers, first responders and military personnel (bless them all) created 1.5 million sandbags, delivering them directly to impacted homes.

Our office was on site four times volunteering in Constance Bay, where flooding was at its worst, once with a busload of 23 volunteers from Ottawa Centre. It was inspiring to see rural, suburban, and urban neighbours come together.

We know this is not just an emergency in Ottawa, but all across the province. On Monday, May 13th, the Ontario Legislature will be debating a motion put forward by Andrea Horwath to declare a climate emergency in Ontario. This is an important first step in ensuring we are urgently acting on the climate crisis.

We were also proud to support youth last Friday, once again, as they walked out of class to demand more urgent action on climate change.

Young people are fed up with politicians who acknowledge climate change only to buy pipelines, or handout subsidies to large polluters. Inspired by the example of Greta Thunberg, they demanding bold, urgent action.

I am with them, and proud to support those calling for a “Green New Deal” for Canada and Ontario. You can find out more about the proposal here.

We knew the Ford government’s first budget would be bad, but we didn’t expect it to be so cruel. Budget 2019 makes devastating cuts to services that families, and some of our most vulnerable citizens rely on. Over $1 billion is being cut from Children, Community & Social Services, endangering supports for people with disabilities and others who rely on the social safety net. Legal Aid’s budget is being reduced by 30%, and they won’t be able to use provincial funds for immigrant and refugee cases. The budget also cuts public health units, including slashing Ottawa Public Health’s budget by $6 million in 2019 alone.

In the legislature and in the community, we’re organizing to resist these callous cuts. If you have a story about how these cuts affect you and your family, please let us know. We want to hear from you. 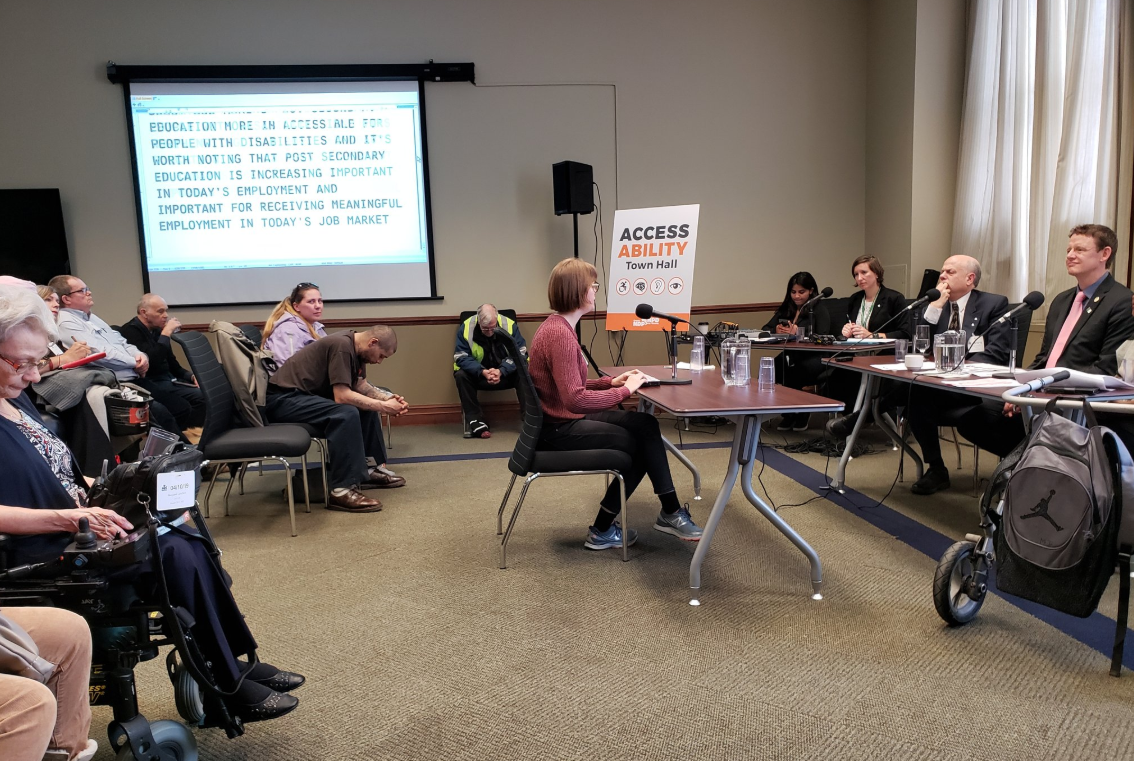 We were delighted to welcome about 130 people with disabilities, of whom around 70 made deputations. It was a sobering reminder that urgent action is required to eliminate the barriers that prevent 1.9 million Ontarians with disabilities from living their fullest lives.

As a follow-up to the event, we will be releasing a “what we heard” document that summarizes the deputations, and will continue pushing this government to make accessibility a genuine priority.

Hundreds of thousands of teachers, students and parents in Ontario have stood up to tell the Ford government that they oppose cuts to education. Earlier in April, high school students organized the #StudentsSayNo walkouts which saw an estimated 100,000 students walk out from classes in protest of the cuts. I was proud to visit the students walking out at Nepean High School as well as the students of Immaculata to show my support for their grassroots organizing. 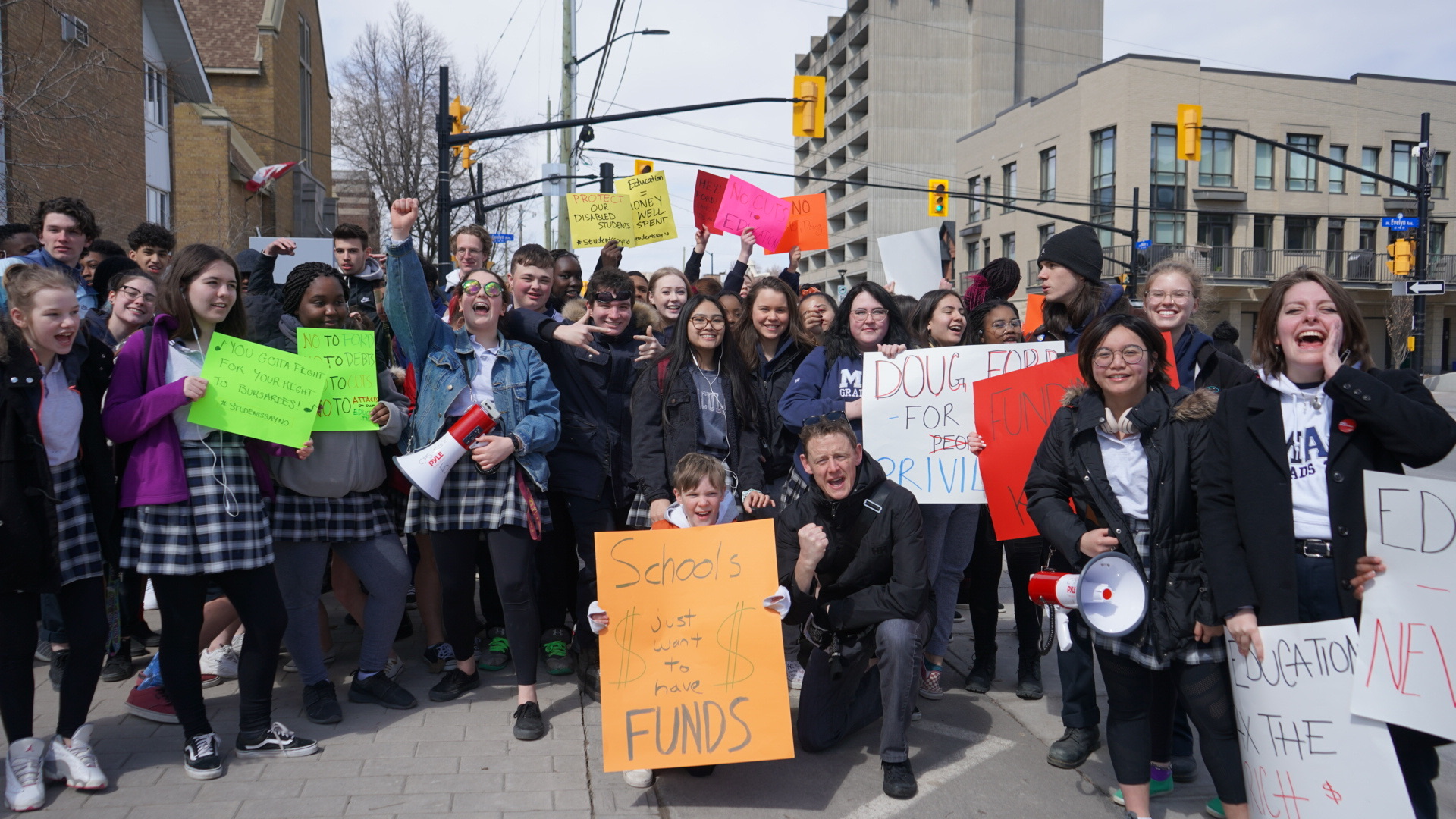 Since then, we’ve seen more protests at Queen’s Park by teachers and parents, and we are receiving emails everyday asking the government to stop the education cuts. Last week, our official opposition caucus brought forward a motion calling on the Ford government to reverse their cuts, which the government voted down.

We know these education cuts are affecting everyone and we want to hear directly from the residents of Ottawa Centre on what you think the future of public education in Ontario looks like. Our next town hall is scheduled for Saturday, June 1st and will be on education.

The government’s callous cuts to Legal Aid are attacking the most vulnerable people in Ontario. Community Legal Clinics, which are funded by Legal Aid Ontario assist low-income individuals with landlord-tenant disputes, ODSP and OW appeals, immigration matter and many other issues. Already, we live in a society where the law seems only to matter for people who can afford to hire a lawyer. The government’s cuts will take us farther down this road, and put even more people at risk.

Click on the button below to take action to save Community Legal Clinics. 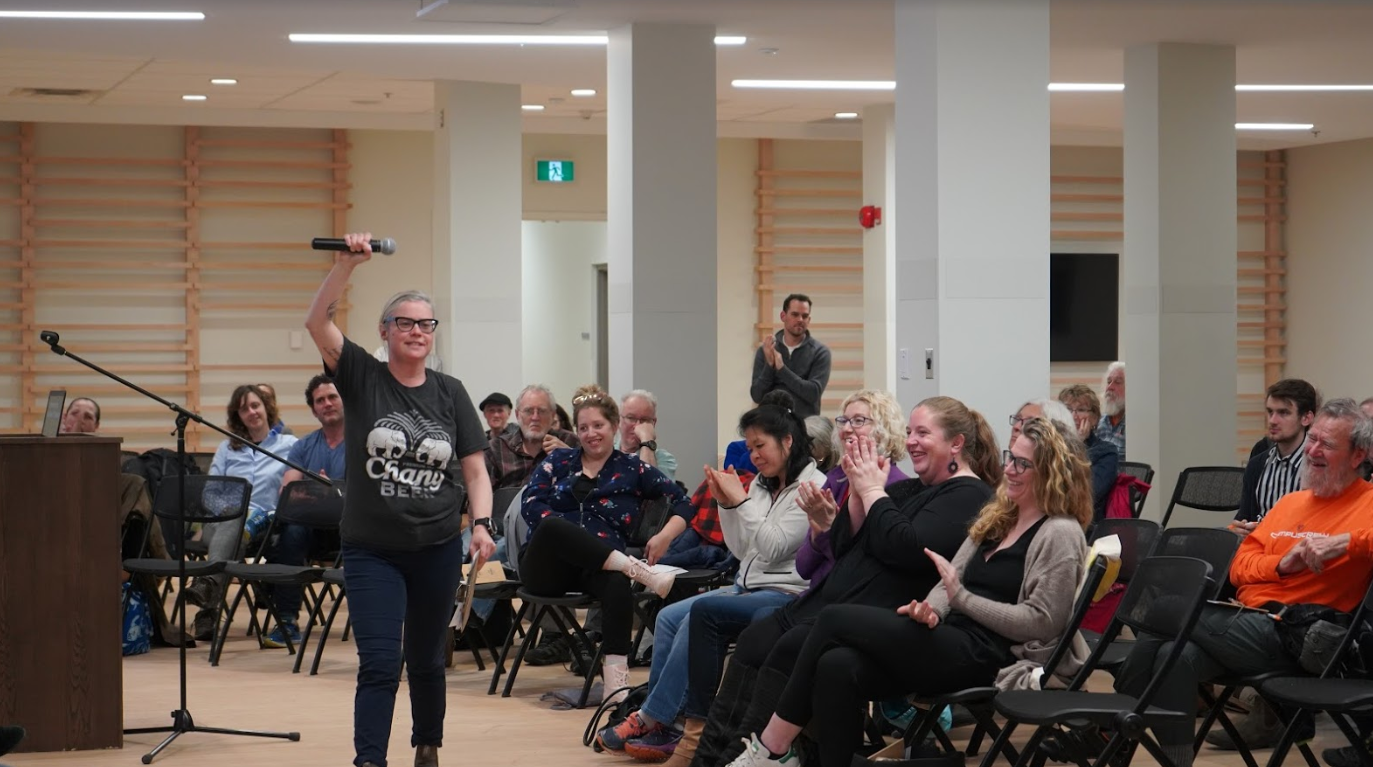 Thank you to everyone who attended our Community Builders’ Forum at the end of April! It was a great weekend of learning from inspiring organizers and sharing all of our knowledge. I was especially moved that many of us accommodated the last minute schedule change to jump on a bus and fill sandbags for our neighbours in Constance Bay. 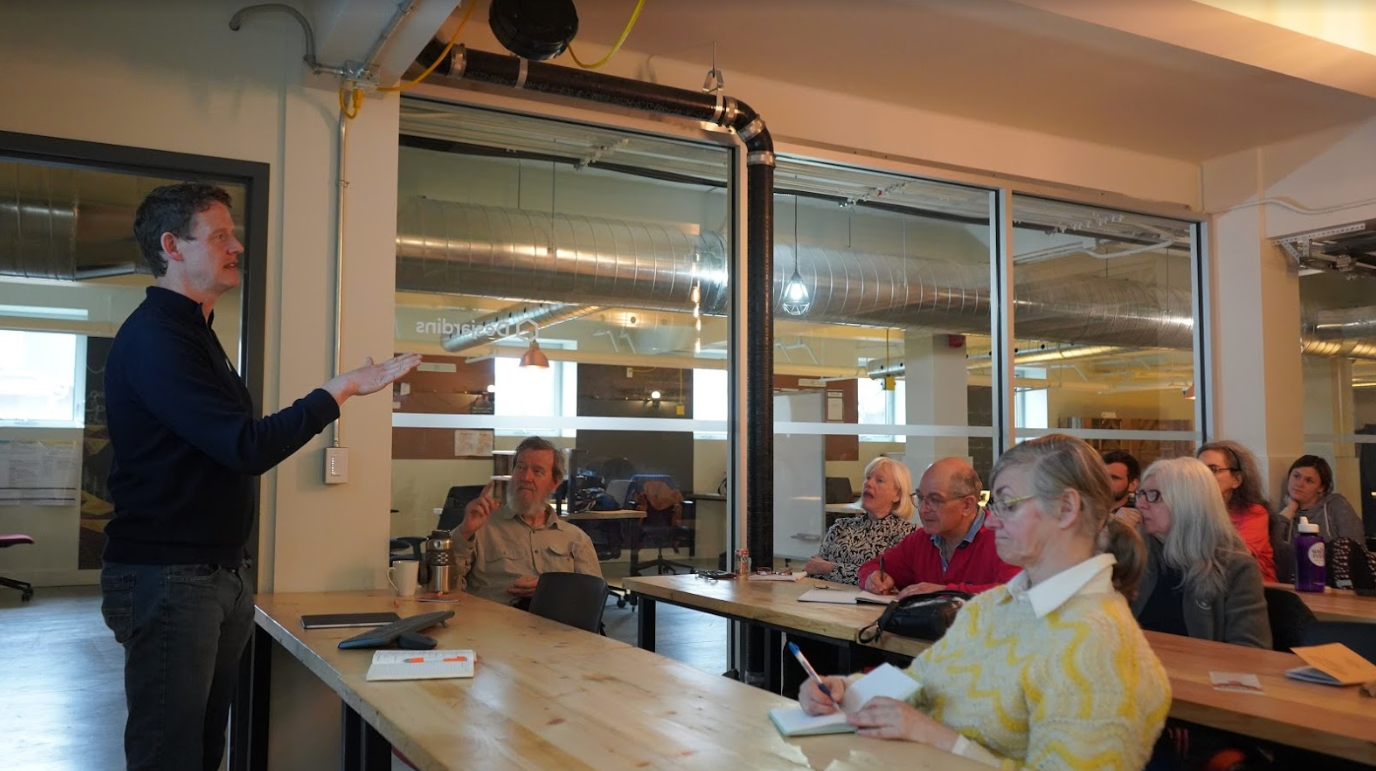 On May 2, we lost Murray Thomson at age 96. He was an important voice for peace, and a celebrated member of the local Society of Friends (The Quakers).

A determined organizer for nuclear disarmament and social justice around the world, Murray founded seven peace movement groups and received the Pearson Medal of Peace in 1990, and the Order of Canada in 2001.

Murray’s final work was to draft a statement that called for an international Nuclear Weapons Convention, and he never wavered in his pursuit of a world without war.

In a moving obituary, Dennis Gruending recalls Murray’s embrace of “big ideas”, something we urgently need today. “If the NGOs want a world without war”, he said, “then we will have to work hard to organize for it.”

Absolutely Murray, and we celebrate all you did to do just that. Rest in power my friend. 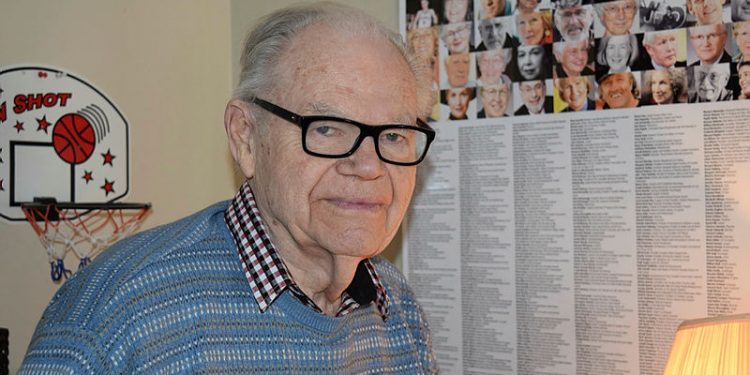