It’s been an emotional and challenging time for many in our community.

The recent celebration of life for Paul Dewar, and the 1000 people who attended a truly heart rending event at Dominion Chalmers church on February 23, illustrated the depth of compassion that exists here.

Family, friends, and neighbours talked about the world we want, and how Paul represented the kind of values that can get us there.

We need a different kind of politics to embrace these values, and Paul deserves the last word on what that means in more practical terms. In one of his last public addresses, he said offered us these words:

My mom was a strong feminist, and she said something very important that I learned at an early age: don’t be afraid of power, know how to use and share it, and give it to those who don’t have it.

As we remember Paul, let’s remember his legacy and work towards a more equitable and caring society-- in Ottawa Centre and around the world..

The government announced sweeping changes to the Ontario Autism Program last month, and many are appalled with the move,which will force many families to pay out of pocket for therapy that was previously covered.

To hear directly from parents, we held a community round table on February 16th which brought together parents and grandparents of autistic children, caregivers and service providers, and autistic adults to share their stories on how these OAP changes will affect them. The message from everyone at the meeting was clear: the government needs to go back to the drawing board on this plan, and consult families on what they need for the program to work.

We’ve also been pushing this fight hard in the legislature. On February 20th, we had around 200 parents of children with autism come to the legislature to oppose the government’s changes to autism services. It was a moving, emotional day.

One of the parents who came was Laura Kefalas from Ottawa, whose story I had the honour of sharing in the legislature during question period. I asked the Minister of Children, Community and Social Services why she’s refusing to provide families like Laura’s with the services they need. Watch the full exchange below: 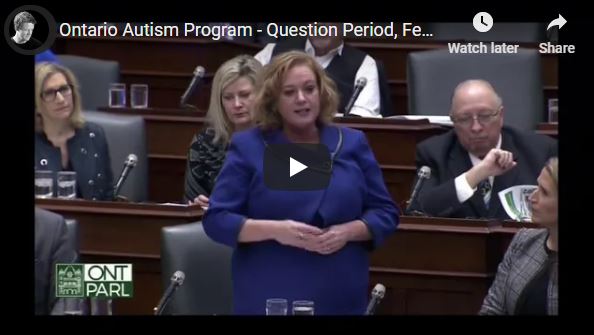 Update from the Legislature

The Standing Committee on Social Policy, of which I am a member, has been meeting to consider Bill 48, the “Safe And Supportive Classrooms Act”. We heard powerful testimony from Laura Kirby-McIntosh, president of the Ontario Autism Coalition. Laura made clear that we can’t have safe and supportive classrooms unless we invest in proper in-classroom supports.

We also heard from Deanna Allain, a service dog advocate. Deanna spoke about how no service dog users have been consulted about the bill’s provisions regarding service animals in schools. Next week, we’ll be discussing amendments that we’ve put forward to address this and other concerns. 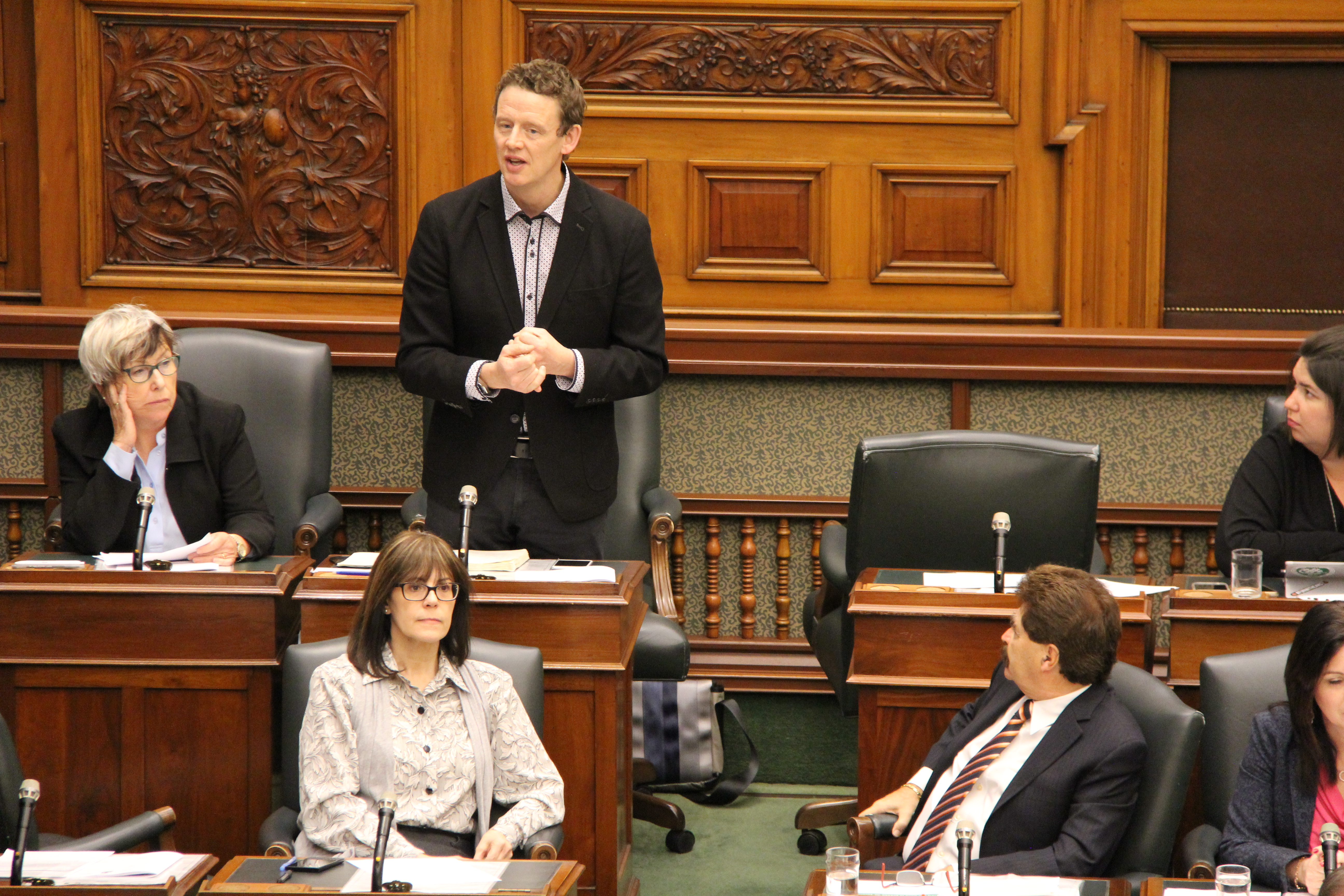 I also had an opportunity to speak in support of “Noah & Gregory’s Law”, a bill put forward by my colleague Lisa Gretzky, MPP for Windsor West. The bill would rectify an issue affecting thousands of Ontarians with developmental disabilities, who must re-apply for supports after turning 18. In some cases, people wait years before receiving their Passport funding. I’m pleased to say the bill passed second reading with all-party support. You can watch my speech here:

Finally, I tabled three written questions asking the government to provide clarity on the new definition of disability used to determine ODSP eligibility. We will resist any attempt to deny people their benefits through more restrictive criteria. 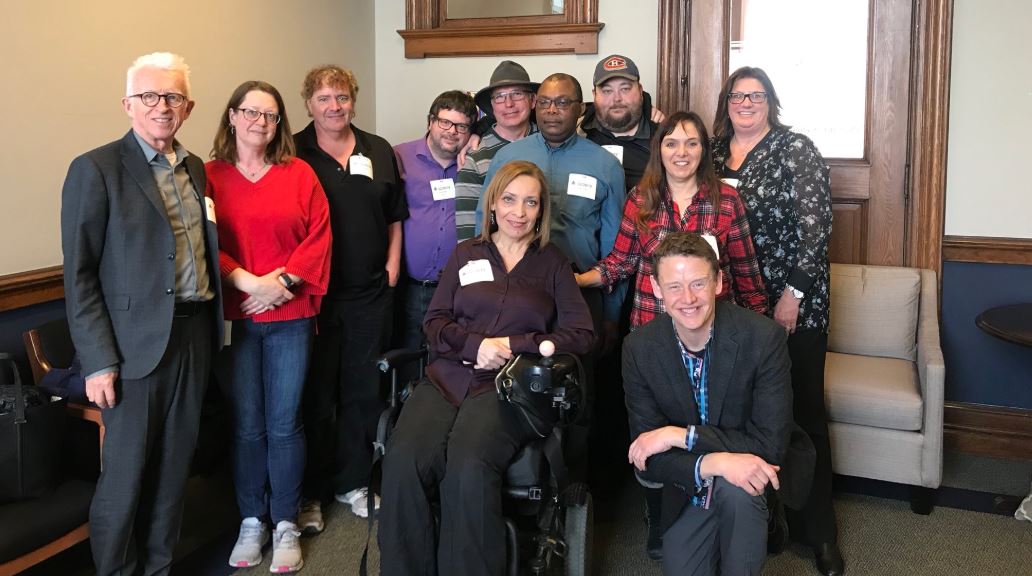 Meeting with the CUPE Workers with Disabilities Caucus

From February 4 – 10, local advocacy group Free Transit Ottawa challenged local elected officials to get around only by transit for the entire week. I left my bike at home on Monday and took up the call. Forty-five minutes later I arrived at our Catherine Street office from home in Old Ottawa South, in a commute through rush hour traffic that took about three times as long as my usual trip by winter bike. In the following days I lived the culture of the 6 and 7 buses up and down Bank Street.  It was often crowded, often cold, but chance encounters with neighbours brought some unexpected joy.

I kept up the challenge through the end of the week in the Toronto area, taking the Lakeshore East GO train to a meeting in Ajax. We have lots of work to do to make public transit fast, reliable, and affordable—in Ottawa and across Ontario. 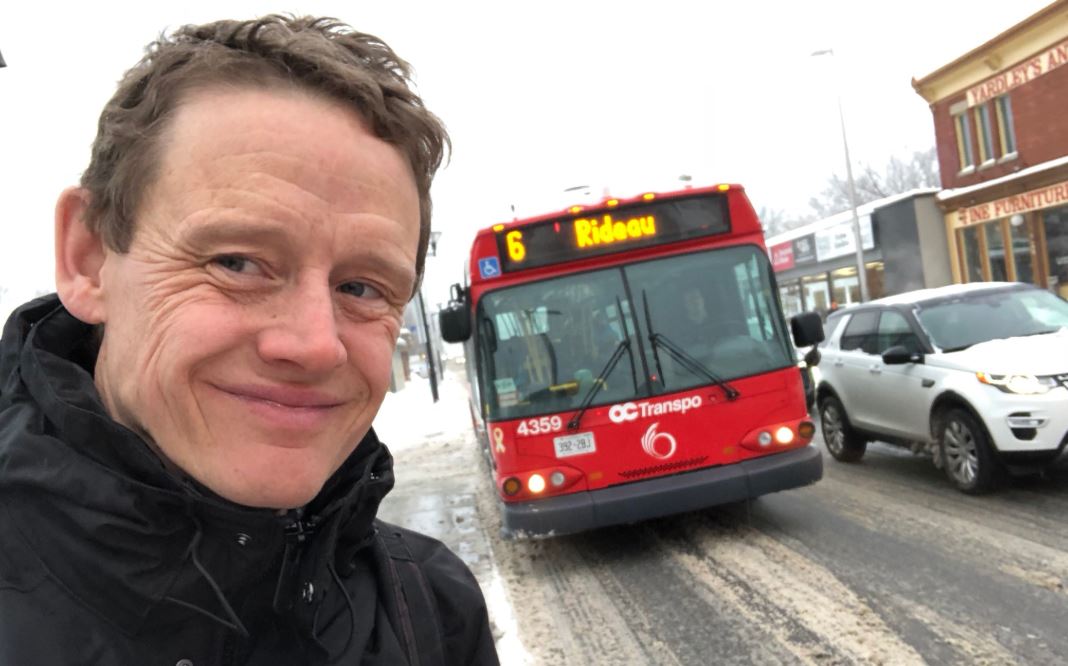 Canvass with Joel for Autism

Help me knock on doors on Saturday to talk to residents and get petitions signatures to stop the cuts to Autism services. We will be chatting with residents and hearing more about their stories on how autism affects families.

As your MPP, I want to build a strong, supportive community here in Ottawa Centre, and to do that we need to build up people doing compassionate work. We need people who volunteer for their community and give back to our city by empowering local folks. People who are community builders.

Without community builders, Ottawa would not be the special place it is. And I want to encourage a culture of community organizing by sharing organizer skills together.

Join us April 26 to 28 to learn new skills, meet local organizers and help our collective strength to make change. 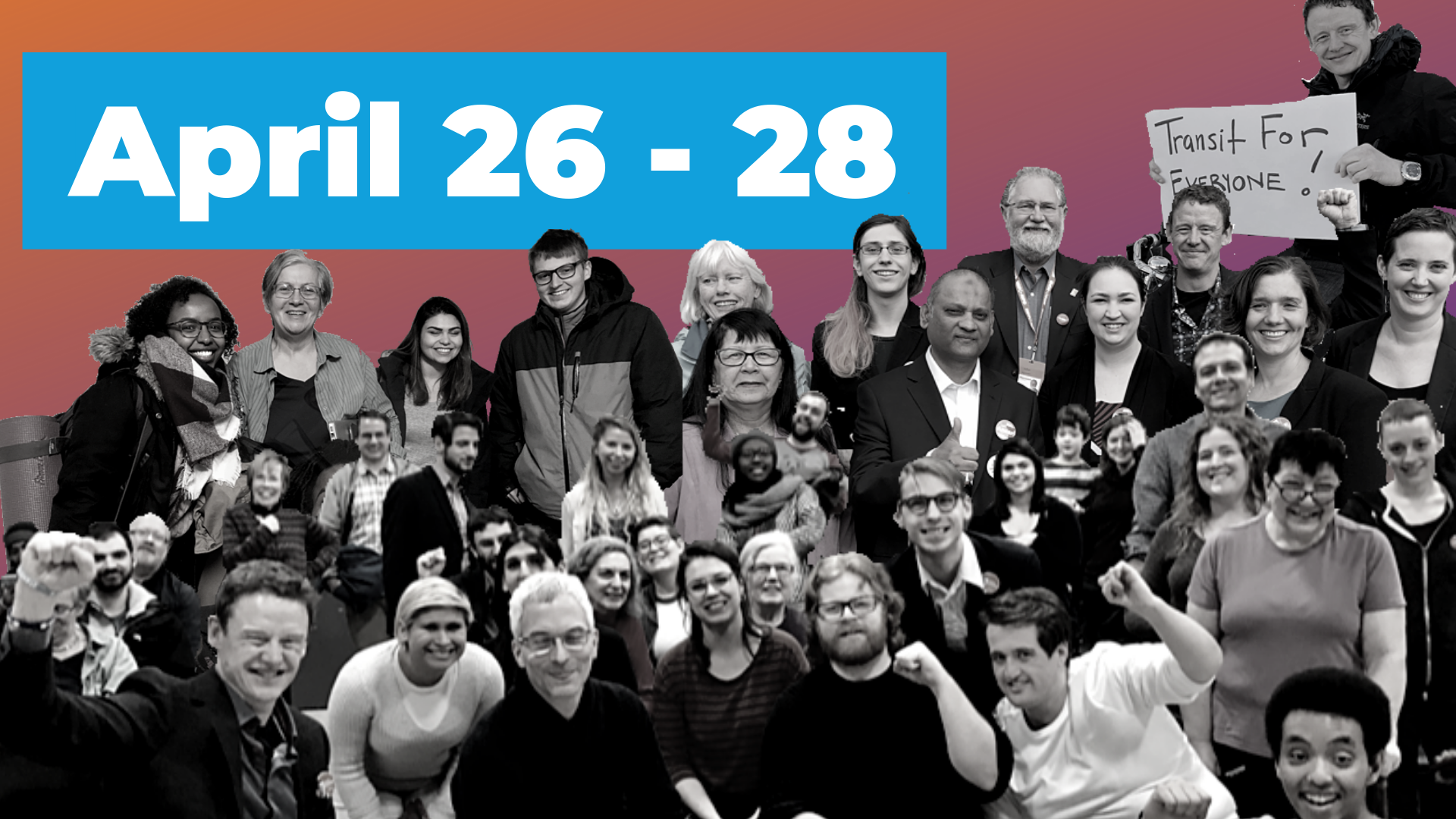